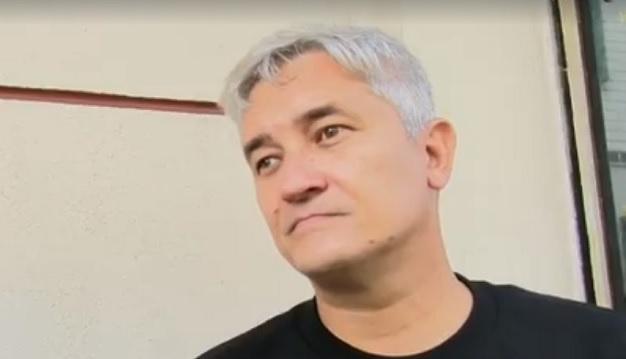 Dear Editor, The honourable Prime Minister and her deputy have said, according to them, all they intend to say on the Bada Bing affair unless as they term it, conditions change. The government of budding Country St. Maarten i.e. the Executive and legislature are of the opinion that as long as there is an investigation ongoing (selectively) you are supposed to let justice take its course. The selective choice is based on other cases in which they readily voiced opinions – the recent Pelican case comes to mind when those now in government were in the opposition. We have come up with elaborate statement and pronouncements to justify our inaction and lack of political will to make a clear and unbiased statement about the activities of our coalition members and the new elite boys club.

The Parliament of Country St. Maarten has the authority and is duty bound to call an enquiry when one or more of its members is implicated in a situation that is serious enough to not only embarrass the country, but bring it to its knees with the Dutch desire to once again put us under higher supervision (AMRB).

The same Parliament needs to use its supervisory authority to hear the Minister of Justice on his knowledge of the case in question and his alleged involvement in organised prostitution. They don’t need the approval of the Prosecutor’s Office or anyone else for as they conveniently put it when it’s expedient “we are the highest body in the land.”

For those of you who may not remember higher supervision is not a pleasant experience and doesn’t bode well for investors and others wanting to do business on our island. I remember too vividly back in the nineties when the island government couldn’t move a rock everything was imposed from the Central and Dutch governments. To illustrate the gravity and humiliation of higher supervision simple things that were taken for granted until that point where no longer possible we could no longer assist families with things like burial, to get a doctor card was like pulling teeth and much more challenging and frustrating things.

It was the opening of the doors to the high paid technical assistants and the exorbitant contracts for managers at the airport and Telem. It was also the time when technical assistants attached to the tax office held frequent auctions where they and their friends bought up most of the auctioned properties and a marshal told me of cases where these good gentlemen used the monies that were collected in the auction to make personal purchases and to date no account was ever given for the monies.

Of course there was also the counterpart system that was never implemented so all we did was replace and recycle the predominantly Dutch technical assistants. They are again hunkering to impose their undemocratic and colonial system in an effort to control the people’s patrimony.

This at all costs should be resisted, however, we must let our voices be heard resoundingly condemning the corrupt ones among us. It is said good friends tell you when you are wrong and a frank discussion with the man in the mirror confirms it. Following the course of events now taking place in sweet St. Maarten it would seem members of our government have no good friends or mirrors they can consult. In the end the masses must suffer.

(TDH) – Dear Editor, Jaap is not a businessman. His only aim is to make people happy. He sees civil servants, working 8, 9, 10 hours a day. When they come home the food is not ready and when they go to bed their wives are tired. So Jaap started a foundation: Bada Bang! A place with a lot of poles. A place where St. Maarten men can learn how to climb the ladder to success. Jaap also invited poor girls from all over the world to climb the ladder to “sucksess.” By doing all this Jaap made a lot of St. Maarten men and a lot of foreign women very happy with his foundation.

Because Jaap was not a real businessman, he one day found out his foundation had a debt of 50.000 dollars. His big friend Theo was off island counting his bank accounts. But he had another good friend: Patrick, also an idealistic lover of his people. He had just started a nonprofit business called “Government.” Government is the only business in

St. Maarten whose workers decide how much they earn. So Patrick decided to make 150.000 dollars a year for bickering two days a week in parliament. So Patrick makes no point of borrowing Jaap 50.000 dollars. Jaap happy! So, when Jaap, after a while, is able to pay back his loan, he decides to put his paying back on a video. Just to show what friendship is all about. Seeing that movie, I was moved to tears.

My unpaid advice to the prosecutors: do not condemn Patrick. I lost 50.000 dollars in casinos. I need Patrick!